9 Reasons Why the Sapien Network ICO is a Big Scam

1. They have no product. They claim to have a product in private beta, but it's a lie. They just put you on a wait list, making you think they have a product.

2. Their Github repository is empty even though the roadmap says they have been under development since 2015.

3. They have no office address or phone number unlike legitimate ICOs.

4. Co-founder Robert Giometti is just a student according to his LinkedIn. He has no accomplishments and no business running a multi-million dollar company.

5. The ICO king, Ian Balina, keeps a spreadsheet ranking all the legitimate ICOs. He will not touch Sapien Network because it is a scam.

6. Even though they have an extremely small team with almost no developers, most team members do not list Sapien Network in their LinkedIn profiles. They are either fake, or they do not consider Sapien Network to be a full time job.

7. The white paper claims to use Meteor.js because it is the "recommended framework for decentralized applications." Meteor.js is dead. It was replaced with technologies like React.js and Vue.js. There is NO RECOMMENDED FRAMEWORK FOR DECENTRALIZED APPLICATIONS.

8. They hired people from low wage countries to join their Telegram chat to talk excitedly about Sapien. These are not investors, they are paid pumpers.

9. The domain of sapien.network is registered to this address. 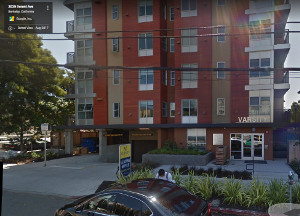